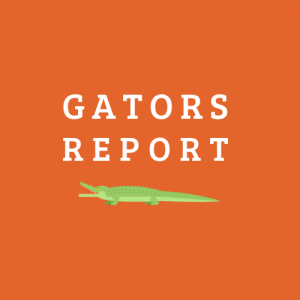 Information requested in this form is necessary to compile campus crime statistics in accordance with federal law. Please provide all information that was disclosed or is known by you regarding the incident.

If you are unsure of the criminal offense of the incident, please refer to the Definitions of Crimes.

Please note that in submitting this form you are not filing a report with law enforcement. The information submitted through this form is for statistical purposes only.

Murder and Non-negligent Manslaughter – The willful (non-negligent) killing of one human being by another.

Manslaughter by Negligence – The killing of another person through gross negligence.

Rape – Penetration, no matter how slight, of the vagina or anus, with any body part or object, or oral penetration by a sex organ of another person, without the consent of the victim. This offense includes the rape of both males and females.

Fondling – The touching of the private body parts of another person for the purpose of sexual gratification, without the consent of the victim, including instances where the victim is incapable of giving consent because of his/her age or because of his/her temporary or permanent mental incapacity.

Incest – Sexual intercourse between persons who are related to each other within the degrees wherein marriage is prohibited by law.

Statutory Rape – Sexual intercourse with a person who is under the statutory age of consent.

Robbery – The taking of attempting to take anything of value from the care, custody, or control of a person or persons by force or threat of force or violence and/or by putting the victim in fear.

Aggravated Assault – An unlawful attack by one person upon another for the purpose of inflicting severe or aggravated bodily injury. This type of assault is usually accompanied by the use of a weapon or by means likely to produce death or great bodily harm.

Burglary – Unlawful entry of a structure to commit a felony or a theft.

Motor Vehicle Theft – The theft or attempted theft of a motor vehicle.

Arson – Any willful or malicious burning or attempt to burn, with or without intent to defraud, a dwelling house, public building, motor vehicle or aircraft, personal property of another, etc.

Hate Crime –  A criminal offense that manifests evidence that the victim was intentionally selected because of the perpetrator’s bias against the victim.

Race – A preformed negative attitude toward a group of persons who possess common physical characteristics, e.g. color of skin, eyes, and/or hair; facial features, etc., genetically transmitted by descent and heredity which distinguish them as a distinct division or humankind, e.g., Asians, blacks or African Americans, whites.

Religion – A preformed negative opinion or attitude toward a group of persons who share the same religious beliefs regarding the origin and purpose of the universe and the existence or nonexistence of a supreme being, e.g., Catholics, Jews, Protestants, atheists.

Sexual Orientation – A preformed negative opinion or attitude toward a group of persons based on their actual or perceived sexual orientation.

Gender – A preformed negative opinion or attitude toward a person or group of persons based on their actual or perceived gender, e.g., male or female.

Gender Identity – A preformed negative opinion or attitude toward a person or group of persons based on their actual or perceived gender identity, e.g., bias against transgender or gender non-conforming individuals.

Ethnicity – A preformed negative opinion or attitude toward a group of people whose members identify with each other, through a common heritage, often consisting of a common language, common culture (often including a shared religion) and/or ideology that stresses common ancestry.

National Origin – A preformed negative opinion or attitude toward a group of people based on their actual or perceived country of birth.

Disability – A preformed negative opinion or attitude toward a group of persons based on their physical or mental impairments, whether such disability is temporary or permanent, congenital or acquired by heredity, accident, injury, advanced age or illness.

In addition to the following offenses, the below defined offenses are included only if they are a hate crime: murder and non-negligent manslaughter, sexual assault, robbery, aggravated assault, burglary, motor vehicle theft, and arson

Larceny-Theft – the unlawful taking, carrying, leading or riding away of property from the possession or constructive possession of another.

Simple Assault – an unlawful physical attack by one person upon another where neither the offender displays a weapon, nor the victim suffers obvious severe or aggravated bodily injury involving apparent broken bones, loss of teeth, possible internal injury, severe laceration, or loss of consciousness.

Intimidation – to unlawfully place another person in reasonable fear of bodily harm through the use of threatening words and/or other conduct, but without displaying a weapon or subjecting the victim to actual physical attack.

Destruction/Damage/Vandalism of Property – to willfully or maliciously destroy, damage, deface, or otherwise injure real or personal property without the consent of the owner or the person having custody or control of it.

Domestic Violence – Felony or misdemeanor crime of violence committed by:

Dating Violence – Violence committed by a person who is or has been in a social relationship of a romantic or intimate nature with the victim. The existence of such a relationship shall be determined based on the reporting party’s statement and with consideration of the length of the relationship, the type of relationship, and the frequency of interaction between the persons involved in the relationship. This includes but is not limited to sexual or physical abuse or the threat of such abuse. This does not include acts covered under the definition of domestic violence

Arrests and Referrals for Disciplinary Action

Weapon Law Violations – Violation of laws or ordinances prohibiting the manufacture, sale, purchase, transportation, possession, concealment, or use of firearms, cutting instruments, explosives, incendiary devices or other deadly weapons. This classification encompasses weapons and offenses that are regulatory in nature

Drug Related Violations – Violation of laws prohibiting the production, distribution and/or use of certain controlled substances and the equipment or devices utilized in their preparation and/or use. The unlawful cultivation, manufacture, distribution, sale, purchase, use, possession, transportation or importation of any controlled drug or narcotic substance. Arrests for violations of state and local laws, specifically those relating to the unlawful possession, sale, use, growing, manufacturing and making of narcotic drugs

Liquor Law Violations – Violation of state or local laws or ordinances prohibiting the manufacture, sale, purchase, transportation, possession or use of alcoholic beverages, not including driving under the influence and drunkenness